Behind the scenes: NIFTIES VR STUDIOS

The Virtual Reality of Connie Digital

CR(Y)PTALY: A CURATORIAL VIEW ON ITALIAN CRYPTO ART AND BEYOND

“I’ve worked on a collaboration with Manards and haven’t had the chance to speak a lot with him. I love his work!”

F: What did you watch as a kid? Any cartoon? If so, which one?

M: Actually, cartoons have been a very important part of my upbringing, I believe I grew up in the golden age of Cartoon Network with cartoons like Dexters Laboratory Ed Edd n Eddy, Powerpuff Girls and many other classics. They definitely shaped my language and put a seed of imagination and a certain visual culture inside of me.

F: What' s your spirit animal? How do you relate to it?

M: I have never thought of it as a spirit animal, but dogs are and have been a very important part of my life. From the day I was born in my family we have had dogs in our household. I think I can have this certain observing calmness that dogs usually radiate and this skill often translates in art for me, for example, I am able to study a single object and learn through pure observation of it which helps a lot of if my goal is to recreate it and possibly play with the meaning of it.

F: An album and an artwork that speaks to you especially these days?

M: When working, almost always I'm listening to music. Lately, I have been listening to a lot of Yung Lean and my favorite album of his is Stranger. It is a nice mix of energetic/mysterious/nostalgic feelings that all are appreciated while I am working. I have been playing some Half-Life:Alyx in VR and I think I can call this game an artwork in some sense, it has been a great escape and fun, but also professionally looking at the enviourment of the game and the scenes and the level of detail has been very inspiring for me as a 3D artist.

F: Do you notice a certain repetitive theme or images in your dreams? How would you describe it?

M: Mostly, I have very deep sleep and don't dream a lot, but when I do it is something intense/surreal/horrifying that makes me wake up with cold sweat. I am not sure if there is a pattern of imagery, but I think it is like a month's worth of packed .zip containing anxiety and fears every now and then processed/released in a few intense minutes during a dream. I also don't often remember much of it, but there are bits and pieces which are bizarre enough to take them with me in the waking consciousness

F: How are you finding yourself in this period of confinement? Is the internet enough to escape reality?

M: I thought I am fine because I have never been really outgoing and I like to spend a lot of time inside with my pc, but in reality, this state has been around for a while already, and I feel that I am building some extra stress and worries because of this situation which also makes me more tired and maybe not so productive as usual. Also, the weather has been so nice in my region that I have picked up rollerblading in the evenings/nights when streets are completely empty and it kind of helps to kill the high anxiety levels that build up during the day.

During the sale held at www.crazydefenseheroes.com, a total of 100 Super Value Chests sold out, including all Legendary chests (the highest and most valuable tier available) which sold out in less than 24 hours. The Crazy Defense Heroes collectible card NFTs obtained in the Super Value Chests can now be traded at Opensea.

The Super Value Chests sale marks the first foray of Crazy Defense Heroes - a traditional mobile game - to explore opportunities provided by blockchain technology, and represents the first of several planned actions to overcome the divide between the worlds of traditional gaming and cryptographic gaming.

A new rercord for CryptoPunks!

The very unique CryptoPunk 8348 has been sold for 85 ETH.

This Punk is really special, in fact it is the only one with 7 traits: Cigarette - Buck Teeth - Classic Shades - Earring - Top Hat - Big Beard - Mole

Congratulations to both the seller and the new owner!

The VX-1’s were one of the very first wearables minted on Cryptovoxels roughly 6 months ago. Since then, wearables have only become more popular, changing the entire feel of Cryptovoxels as we know it.

Created by the designer n0shot, VX-1’s were born out of the aim to develop one of the most reputable wearable brands in Cryptovoxels. That brand is called n0wear, and until now, the initial shoes were still the only items available for sale. n0wear is all about experimenting with what it should look like to be a top tier digital product. From high quality promotional materials, to absurd attention to detail, n0wear is hoping to set themselves apart.

And in many ways it has worked. If you jump into any live event in Cryptovoxels, you’re bound to see at least a few people sporting VX-1s. They’re pretty recognizable by their silhouette, as well as the “n0” insignia on the soles. In total, there were 100 pairs of VX-1s sold.

Along with the shoes, each buyer also gets a unique NFT certificate of authenticity. These were made so that people have an individual number associated with their purchase. The certificates show a high quality render of their shoes, their unique number, and the total supply for that color variant. 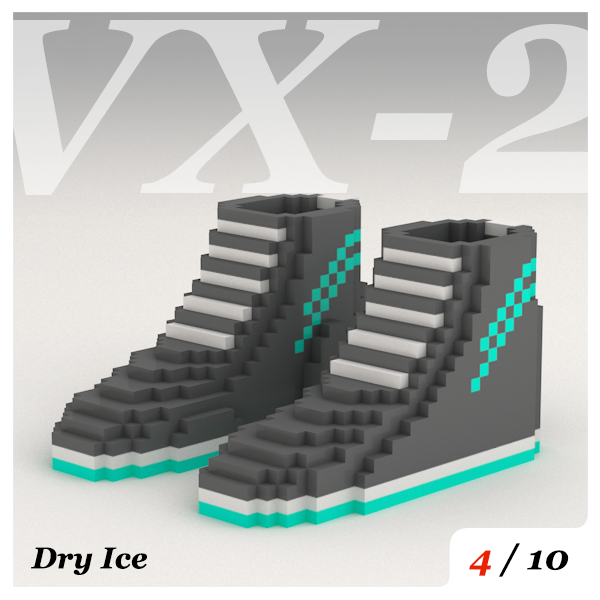 The remaining unsold VX-1s have been burned to make way for the VX-2s. They’re scheduled to drop this Thursday 5/21. Here is a snapshot of the full line up. 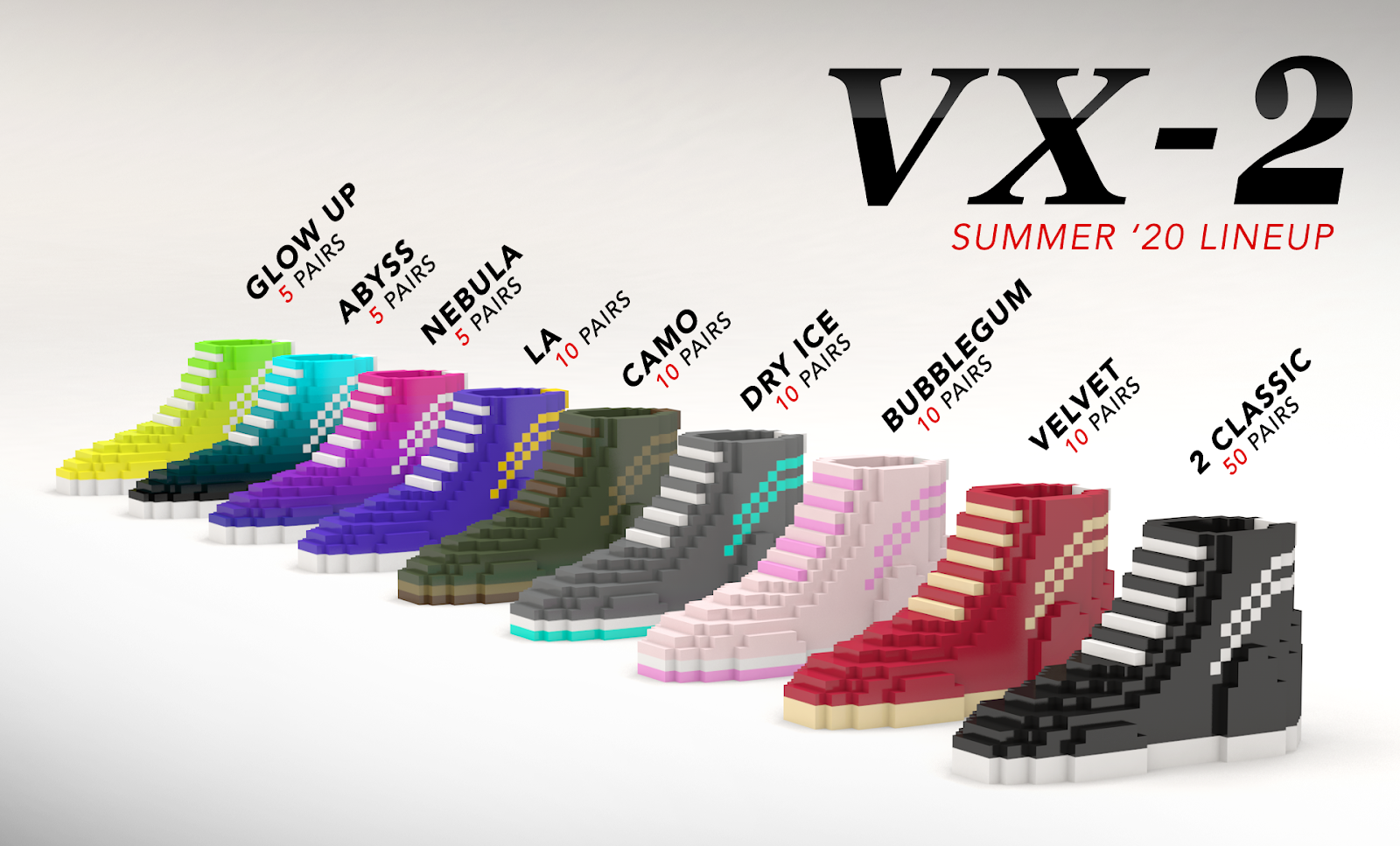 Along with the main line-up, there are also a few signature editions. Signatures are 1 of 3 variants that are created in collaboration with other known personalities in the NFT space. For the VX-2’s there will be 3 editions: Connie Digital, Josie, and Lander. Signature Edition certificates are animated, whereas standard editions are stills.

Stop by the WIP event hosted in Cryptovoxels this Thursday at 12:00PM (PST) to learn more about how to be one of the first to grab a pair!

In conjunction with the NFT sale, there will also be an in-game event, which will see players fighting off a Borg Cube, which has appeared through a rift.

The event will start on Friday 29 May.