Surfing the Web in Somnium Space

Somnium Space is creating an open, social, and persistent VR world on the Ethereum blockchain. Users can buy land on the open marketplace, build or import objects, and monetize their creations using a native in-world cryptocurrency called $CUBE. The map has a balance of water, nature, sounds, and its own day night cycle which parcels for sale and that people own are arranged around. Somnium Space is free to download from Steam and works with most VR headsets. There's a drag and drop builder included for desktop users to make their own creations. The Unity SDK and Quest version is expected to launch sometime in late March or April.

Surfing the Web in Somnium Space

Somnium Space has been showing off another cool new feature that brings the whole web to your hands in VR, the web browser. The team announced the feature in a tweet with a video showing Cryptovoxels, Decentraland, and Mozilla Hubs running in a massive web browser that's front of a user who is fully in VR.

It's nifty how there's a navigation bar at the top, giving users freedom to surf the entire web with just one websurface. This feature has enabled the team to quickly show the world some possibilities for when you bring the flat web into an immersive virtual world.

For example, browsing Amazon.com from a Somnium Space parcel to shop for a new VR headset.

How about browsing Opensea and purchasing a NFT with Ethereum while being fully in VR? The Somnium team has shown that it is indeed possible with a video that goes from start to finish of completing a transaction for some cryptoart.

There's also productivity apps, such as attending a video conference while you're in VR. Not sure how productive that is, but it looks fun.

The browser is also able to load webgl games, turning your wall into a giant display screen. It would be awesome to see how Google Stadia performs in Somnium Space.

The WWW is an infinite source of content. It opens up access to productivity, ecommerce, and gaming. From wherever you are in the virtual world, whether in outer space or chilling at your friends parcel, having access to the world wide web makes it feel like home. This is the type of feature that will keep on giving. Great work Somnium team!

The Somnium Space team has been integrating third party NFTs like Cryptokitties in next level ways. For example, check out this Cryptokitty being imported into the builder then playing in VR.

The day before the big launch, Somnium Space and Cryptomotors showed off the results of an amazing collaboration. A limited run of the model Abyssus were auctioned on Opensea, with some being bought for 16 ETH ($2100 USD at the time). 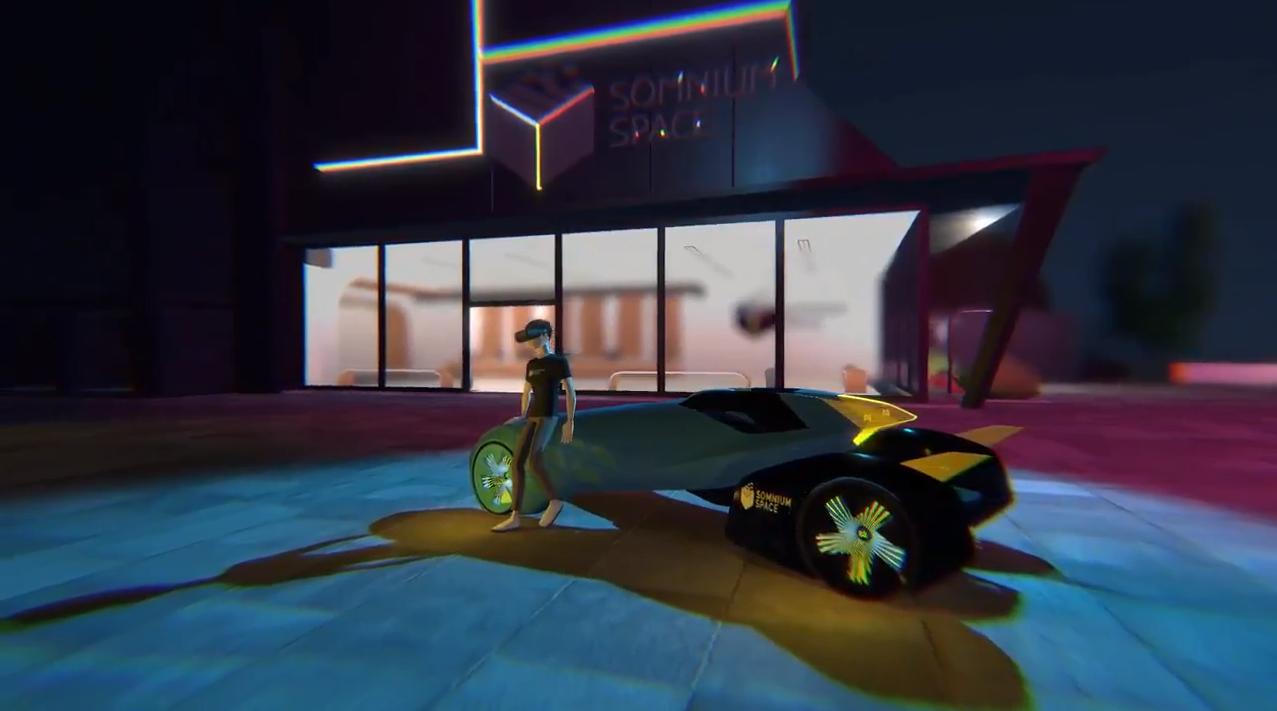